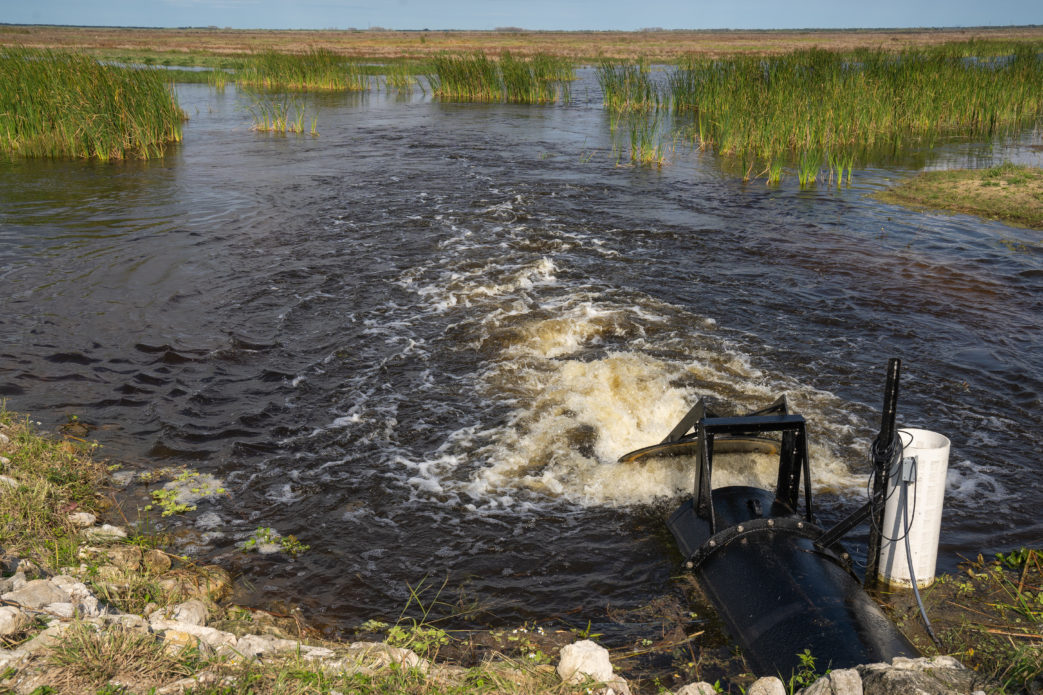 More than a decade ago, Doug Bournique, executive director of the Indian River Citrus League, had a thought. What if citrus growers who had groves that had become non-productive could take that land and use it for water storage to help reduce discharges into sensitive waterways like the St. Lucie and Caloosahatchee rivers?

It was a novel idea, but at the time, HLB was still gathering steam, so the concept was considered but didn’t take off right away. But as HLB became endemic and water-quality issues worsened, the idea has now gained traction.

“The original thought was, if these growers can utilize their land for water storage while a remedy for HLB is developed, it could keep those lands from development and keep growers in agriculture,” Bournique says. “The last thing we need is more rooftops, because that is going to be worse for water quality.”

These water-storage projects are public/private partnerships in which landowners are paid a fee to utilize their land to store water. The South Florida Water Management District (SFWMD) was the first to test the idea with a pilot project that covered about 1,400 acres. The farms were in the sub-basin of the St. Lucie Estuary. The water farms became operational starting in 2014.

Goals of the project were to store water, retain 100% of rainfall and water pumped into the farm and reduce the annual load of phosphorous and nitrogen. The project performed very well, meeting or exceeding goals. The positive results led the Florida Legislature to fund the expansion of water farming in 2016 to 17,520 acres.

In February, the SFWMD held a ribbon-cutting ceremony to celebrate the latest project funded — the Scott Water Farm. The land is in St. Lucie and Okeechobee counties and is owned by Evans Properties. The SFWMD officially calls water farms Dispersed Water Management (DWM) projects.

The farm will hold onsite rainfall and pump water from the C-25 canal and store it on about 7,500 acres of former citrus grove land. The project is capable of capturing 3 metric tons of phosphorous and 13 metric tons of nitrogen per year.

“The landowners are paid on the phosphorous removal,” Bournique adds. “That is in their contract. Each piece of property is different. They calculate payments based on geology, soil type, acreage, current runoff and projected runoff.”

While the private lands under contract hold water and reduce nutrient runoff, Bournique says the process also benefits soil. Much of the old citrus land had been worked for years, and soils were depleted. Water storage helps restore nutrients and build organic matter in soils.

“Water farming allows citrus growers to hold their land with the hope a cure for HLB is around the corner,” he says. “The beauty of it is it rehabs the soils during the 10 years of the contracted period. They can replant the grove in healthy soil, which will be great for the roots of the trees.”