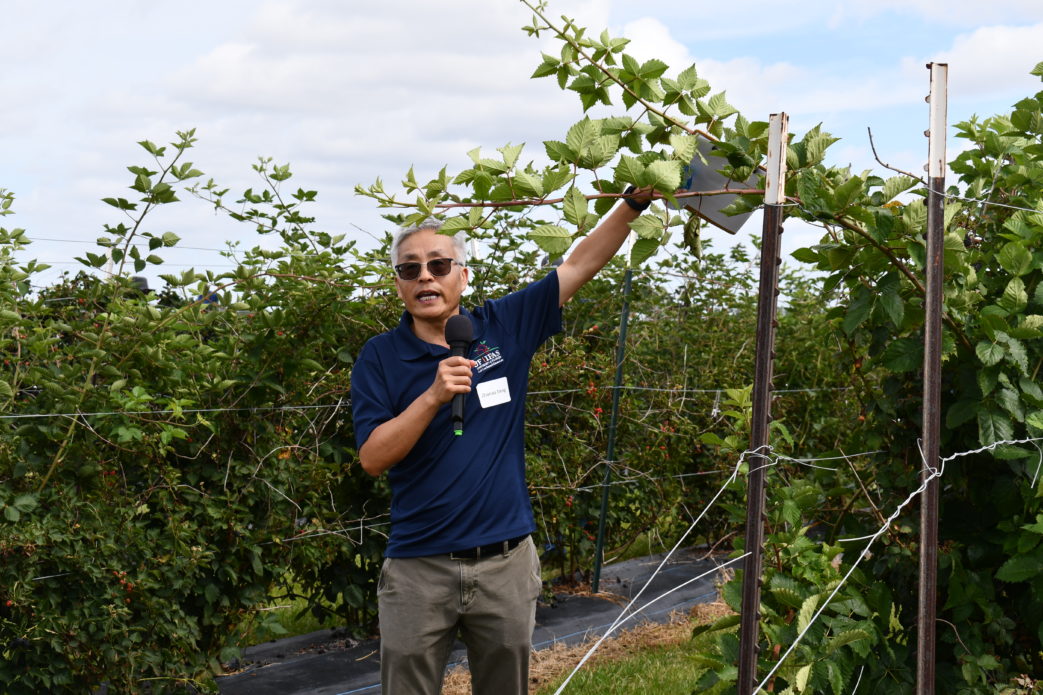 In late May, the Gulf Coast Research and Education Center (GCREC) hosted growers interested in the prospect of producing blackberries in Florida. Several University of Florida Institute of Food and Agricultural Sciences (UF/IFAS) scientists have been studying the crop in recent years.

Zhanao Deng, UF/IFAS professor of environmental horticulture, is conducting trials of existing blackberry varieties at GCREC to gauge their performance in Florida. He also has begun to select parent cultivars with desirable traits to breed new varieties that will fit in the state.

A few varieties meet that standard and show promise in Deng’s variety trials. He said the Prime-Ark Freedom variety has been the best, most consistent overall performer in the field.

“So far, Freedom has had the highest yield in our trial. We have produced about 7.7 pounds of berries per plant,” Deng said. “This variety is a little early. You can harvest fruit from late April until late May. This might not be ideal for commercial growers because it overlaps some with the window of imports from Mexico. This variety also has reverse coloring (turns back red) after harvest, so it is not going to be good for the shipping market, but it will be good for local, direct sales. If we can harvest 9,000 pounds per acre with this variety, it will be very good for local markets.”

“For any area that has less than 500 chill hours per year, we recommend applications of urea,” he said. “Those application should be made from mid-February to early March, which is right before natural budbreak timing in blackberries.”