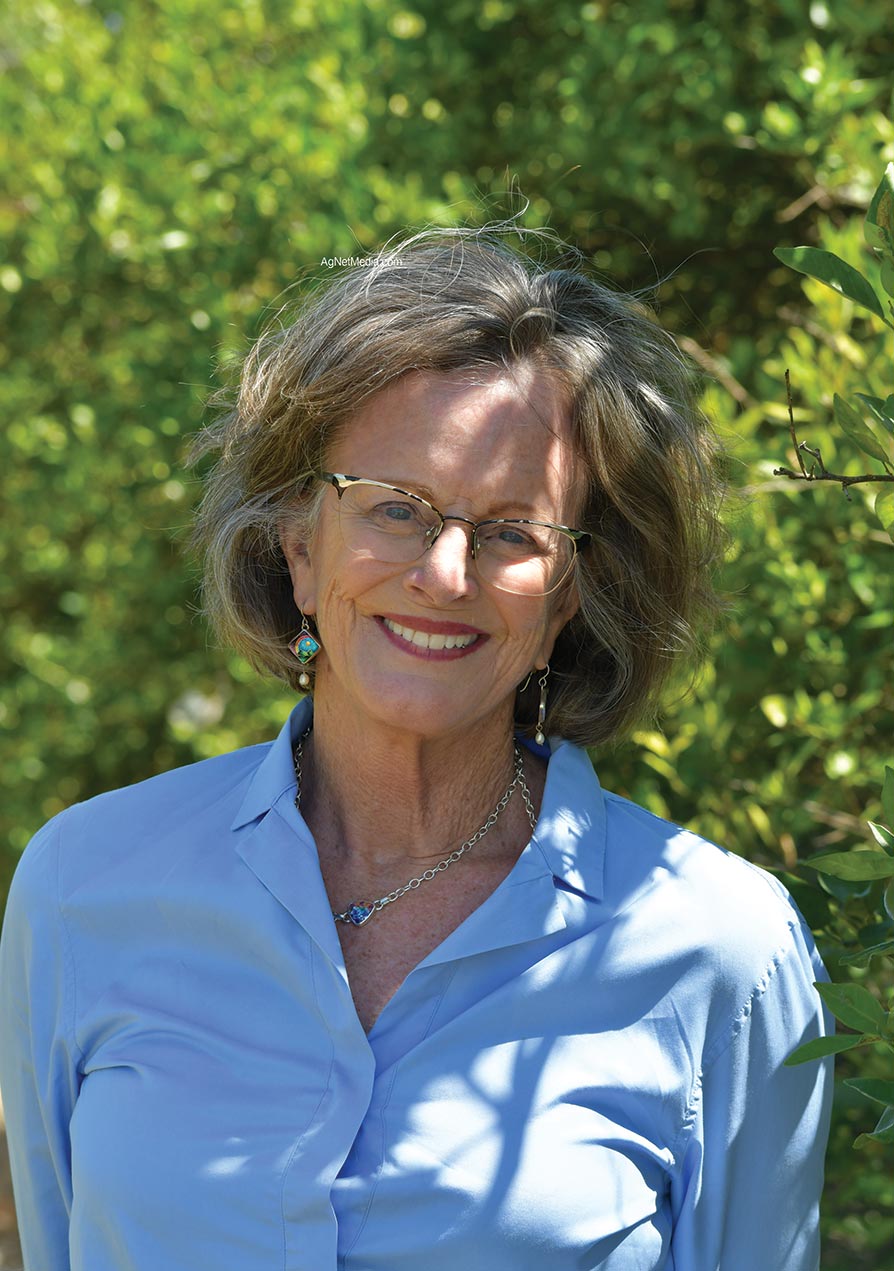 Since HLB was first confirmed in Florida more than 15 years ago, the state’s citrus crop has been on a steady decline. This season is set to finish with historically low production. Every segment of the industry has felt the pain of HLB’s endemic march.

On the one hand, it is easy to understand why some would suggest there’s been very few wins to celebrate in the HLB years. On the other hand, some would argue the fact the state’s citrus industry has survived at all is a win in and of itself.

That resilience has been driven by growers turning over every stone to figure out ways to keep trees as healthy and productive as possible despite the disease. Growers have worked with scientists to further develop these production practices, but often knowledge can fall between the cracks as individuals develop their own recipes to keep citrus trees going. Sometimes, growers might not even be sure how what they are trying is moving the needle.

Enter the Citrus Research and Field Trial (CRAFT) program. It has been created to study these various production programs in a scientific way to help move the industry forward in the HLB era. CRAFT is a unique program that has incentivized the planting of 5,000 acres of new citrus. That’s a win worth celebrating.

Florida Grower is proud to announce the 2022 Citrus Achievement Award winner is Kristen Carlson. As the CRAFT Foundation’s original executive director, she helped marshal the Herculean task of securing funding and building the framework of the CRAFT program.

BIRTH OF A PROGRAM

CRAFT is now becoming a known acronym in an industry that has many, but only a few years ago it had yet to be imagined. A 2018 study published by citrus economist Tom Spreen that showed growers were not replanting enough trees that were being lost to HLB and hurricanes to maintain a viable industry started the wheels in motion to develop what would eventually become CRAFT.

At about the same time, the National Academy of Sciences (NAS) published a report that had been commissioned by the citrus industry to provide recommendations on how to address HLB. One of its key findings was there was no coordination or centralized data management of research and knowledge surrounding the disease.

Carlson says it was a fortunate coincidence that all these moving pieces were coming together at the right time to get CRAFT off the ground. Having worked in the citrus industry as a lawyer since the 1980s, Carlson had developed the legal expertise and organizational skills to help lead the effort to build the program.

“So here we were in 2018 knowing that we needed to put more trees in the ground to remain viable,” she says. “The NAS is telling us we needed a better way to manage all the data we were collecting through all the various research projects that were being funded. And by that time, there was a considerable amount of data. Everything we were learning was pointing us in the direction of something like CRAFT.”

The original program was called the Grower Replanting Incentive Program (GRIP) and was simply designed to provide funds to growers to plant trees. At the time, Mike Sparks, who was executive vice president and CEO of Florida Citrus Mutual, asked Carlson to help put all the details on paper and structure what the program would look like. Carlson jokes, “I am a bureaucrat’s bureaucrat. There’s no program that I can’t turn into sections, chapters, bullet points and structure.”

To get GRIP off the ground, the fledgling team would have to apply for a grant from the U.S. Department of Agriculture (USDA), and the deadline was in just 60 days. USDA said it would not just grant money to plant trees. The program needed an experimental component that would allow for the generation and management of scientific data.

Carlson and her team embarked on the daunting task of building a program unlike anything else that had been developed for agricultural research before and applying for the grant within just a few months. She endured a relentless work schedule to ensure all the i’s were dotted and t’s were crossed.

A technical advisory group was established to help growers build experimental designs for their contract applications. Carlson says it is critical to have a real person available to growers to assist them in the process of applying for and managing the trial. Currently, contracts are being awarded in five areas: scion/rootstock, fertility/nutrition, pest management, biostimulants and resets.

All of this work was occurring while the Citrus Research and Development Foundation (CRDF) was appropriated funds from the state for CRAFT and a state direct support organization, operating through the Florida Department of Agriculture and Consumer Services (FDACS), was incorporated and a board was appointed. CRAFT is funded through CRDF and USDA via FDACS.

In another fluke of timing, the many planning meetings necessary to build CRAFT occurred during the COVID-19 pandemic. It was a time when people became well versed in using programs like Zoom to meet and communicate. Carlson says she’s not sure they could have kept up with the meeting schedule under traditional circumstances, since participants, the technical working group and the board came from all over the state.

“In the most wondrous way, we worked hard and developed a team to get this proposal in on time to develop what would be CRAFT,” Carlson says. “The application was accepted and funded. This was an original program. No other program like this existed from which to model after, although USDA now says it will use CRAFT as a model for future programs.”

Tamara Wood is now executive director of the CRAFT Foundation, which administers the program. She worked closely with Carlson as the program got up and running.

“Our initial goal was to plant 5,000 acres of citrus over two years and to use those plantings to trial various experiments on HLB mitigation and treatments,” Wood says. “In cycles one and two, we received 143 applications. Of those, we have just over 100 contracts in place that represent more than 4,600 acres and 850,000 new citrus trees in the ground. Eighty-four percent of our current projects are solid-set plantings, while the other 16% are resets.”

The third cycle of applications closed in October 2021. There were 83 applications to participate in this round. The goal for approved projects is to have trees planted by December 2022. Wood adds the foundation will be seeking money to fund a fourth cycle of planting and projects.

The CRAFT contracts are awarded to growers based on several factors, including geographical diversity and operation size. The program only funds projects testing rootstock/scions and products that are commercially available.

“We don’t want to have a situation where we are conducting five nutrient management studies in one county,” Carlson says. “So, we are spreading these trials out and ensuring that what is being tested can be applied by any grower in their groves.”

Daniel Scott of Scott Citrus Management in Fort Pierce, Florida, is among the growers participating in CRAFT. He says the program has real potential.

“I think this is an extremely important program that will allow us to look at these trial variables at multiple locations throughout the state,” he says. “Hopefully, we can get some more answers that can be made available to the entire growing community and help our industry to be more sustainable. We can learn things faster, rather than just waiting for the research community to come to us. CRAFT allows growers to become bigger participants in the research.”

Scott has one project funded comparing Star Ruby and Flame grapefruit on combinations of US-942 and Super Sour 3 rootstocks. Another project will evaluate the performance of a woven polymer ground cover on young plantings. Cover crops are being evaluated in an additional project.

A key component of CRAFT is the website portal designed by USDA for the application process and data entry by growers. Growers agree to collect and submit data on the progress of their projects, tree health and fruit production.

This centralized data collection is critical in identifying common practices that seem to be moving the needle against HLB. But measuring tree health presented challenges, too.

“In the proposal to USDA, we said we’d use traditional methods to measure tree health,” Carlson says. “The scientists who run research projects do that by using things like calipers to measure trunk and canopy size. That’s one thing in a small experiment, but with CRAFT’s large-scale commercial trials, it’s another. Here I was, going onto Amazon to source a huge number of calipers.”

But again, according to Carlson, timing was working in her favor as the CRAFT plan was being developed. Many new drone and aerial imagery services were coming online at the same time. A bid was put out for a drone company that could fly over CRAFT groves and provide tree health and inventory metrics over the acreage. Aerobotics won the bid. Carlson says this approach will supplement growers’ reporting on tree health and will give a consistent flow of data on tree performance over time.

“It turned out to be a great opportunity to use new technology,” she says. “So, growers don’t have to get involved in the mapping but can have a bird’s eye view of what’s happening in their plantings. The GIS information and drone imaging will provide a wealth of information, for not only the CRAFT program, but also for the grower.” Carlson credits the CRAFT board for making this leap.

BELIEVER IN THE FUTURE

So, does Carlson believe all this work to establish CRAFT was worth it? Absolutely, she says. She is hopeful it will be a vehicle for Florida citrus growers to discover a path toward a sustainable future.

“We are in a race against time with HLB,” she says. “We are competing for limited resources, so it was very rewarding to see these industry stakeholders and organizations like USDA, CRDF and the University of Florida come together as CRAFT has been established. It was all serendipity as far as I am concerned. And I had developed the right skill set over all these many years representing the citrus industry to play a part in the process.”

WORD FROM THE SPONSOR

“Leadership is the capacity to translate vision into reality.”

Kristen Carlson took the vision of a grower-driven, large-scale field trial and not only turned it in to a reality but a success by just about any measure, through the development of the CRAFT program. Kristen has shown time and again throughout the past four decades her commitment to the good of the Florida citrus industry, offering her steadfast support and service without hesitation. Florida Citrus Mutual is proud to be a part of honoring and thanking her for her continued leadership.