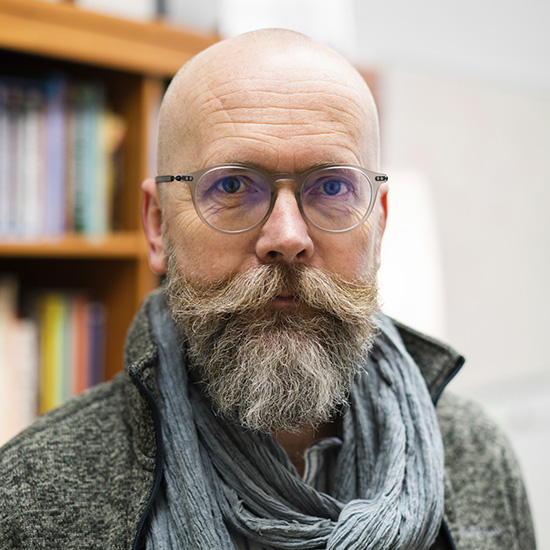 The University of Florida Institute of Food and Agricultural Sciences (UF/IFAS) has appointed internationally acclaimed entomologist and ecologist Matthew Thomas as director of the new Invasion Science Research Initiative (ISRI).

Thomas will establish the framework for ISRI, which will bring together more than 120 UF/IFAS scientists from more than 20 departments currently dedicated to the detection, diversion, tracking and control of nonnative and invasive wildlife and plant species.

Florida’s citrus industry has suffered greatly from invasive pests, including from the Asian citrus psyllid that spreads the devastating HLB disease.

“Dr. Thomas elucidated a compelling plan for developing a shared vision for invasion science at UF/IFAS. I am confident that our invasion science programs will emerge as a world leader under his leadership,” said Robert Gilbert, dean for UF/IFAS Research and director of the Florida Agricultural Experiment Station.

Thomas comes to Florida from the United Kingdom, where he most recently served as director of the York Environmental Sustainability Institute and professor at the University of York. Prior to that, he spent 12 years as a professor at Penn State University. At Penn State, he was the founding director of The Ecology Institute, a cross-college institute under the auspices of the Huck Institutes of the Life Sciences and the Penn State Institutes of Energy and the Environment. Thomas was also affiliated with the Center for Infectious Disease Dynamics at Penn State.

Thomas earned a doctorate degree in ecological entomology from the University of Southampton and The Game Conservancy Trust. He earned a joint bachelors in zoology and environmental studies from University College Cardiff in the United Kingdom.

Among strategic priorities for ISRI, Thomas hopes to foster research that builds links between disciplines and explores the potential for utilizing novel tools and approaches including biotechnology, biosensors, digital technologies, artificial intelligence and citizen science to advance understanding and management of invasive species.

“Florida is ‘ground zero’ for invasions. It has the highest concentration of invasive species in the United States, despite spending $100 million per year, by the state, and $265 million per year, by the agriculture and forestry sectors, to control invasive plants alone,” said Thomas. “Yet this ongoing challenge also creates a unique opportunity to utilize Florida as a living laboratory and transform invasion science research, teaching and outreach.”

UF/IFAS also recently hired an entomologist at its Indian River Research and Education Center to specialize in biocontrol of invasive pests. Nicole Quinn will begin her research with lebbeck mealybug, which causes fruit drop in citrus. Learn more about Quinn here.