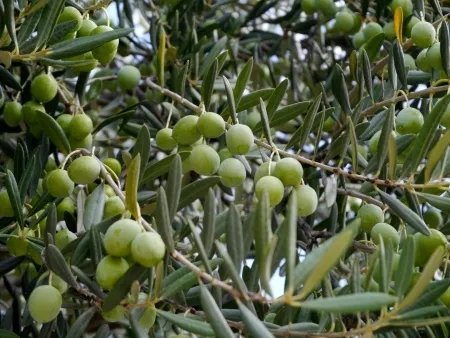 Citrus growers have been fighting HLB for more than a decade. The disease has taken a large toll on the industry, reducing production and threatening infrastructure. The impacts of Hurricane Ian will certainly make production more difficult.

Prudence suggests exploring alternative crops, particularly those that benefit from the use of existing citrus infrastructure, are compatible with Florida climate and soils, have comparable investment per acre and dollar per acre return. Ten years of research suggest olives are a worthy candidate.

Olives have been cultivated in Florida for 300 years. The Spanish planted them in St. Augustine in the 1500s, and the English grew them at Turnbull Plantation near New Smyrna Beach in the 1700s. Hobbyists like J.K. Stickney, the first publisher of the Jacksonville Times Union newspaper, had an olive grove near Fernandina Beach in 1865. A federal government document talks about a “blooming olive tree” in Gibsonton (near Tampa) in 1935. Olives grow in Florida but there are challenges to render cultivation profitable. Chief among these is the availability of olive varieties more oriented to Florida’s climate.

Currently, there are approximately 800 acres under cultivation by 60 to 80 growers in 26 counties. There are several olive mills, and olive oil is produced in small quantities throughout the state. However, Florida Olive Council (FOC) research over 10 years suggests commercial production of olive oil, using currently available cultivars (Arbequina, Koroneiki, Arbosana, etc.), while not unknown, is difficult below 30 degrees north latitude (Green Cove Springs to Perry).

Olives cultivated in the United States are principally drawn from stocks native to the Northern Mediterranean (NoMed) basin at 38 to 41 degrees north latitude (Spain, Greece, Italy, etc.). As such, they are acclimated to vernalize (enable blooming) using 300+ chill hours. One chill hour equals one hour between 32 degrees and 45 degrees. While these varieties do well in northwestern Florida where chill hours exceed 600, the NoMed varieties struggle further south.

In that regard, the FOC and partners evaluated several Southern Mediterranean (SoMed) varieties with a view to discovering or developing an olive variety that would reliably bloom and fruit south of the I-4 corridor. Research has shown that certain SoMed varieties bloomed and set fruit in 2021 and 2022.

During 2017 and 2018, FOC, in partnership with the University of Florida Institute of Food and Agricultural Sciences, the Hardee County Industrial Development Authority and South Florida College, propagated 40 varieties (accessions) from true-to-type mother trees native to the Middle East/North Africa, South Australia, South America and Mediterranean islands. The stock was secured from the U.S. Department of Agriculture germplasm at the University of California, Davis.

Most of the varieties selected were from latitudes similar to Florida’s. The 40 SoMed varieties were grafted onto mature (3+ years) Arbequina and Koroneiki trees in Wauchula and rooted at FOC facilities in St. Augustine and La Cross. Blooming took pace in St. Augustine in 2022 and in Wauchula in 2021 and 2022.

Michael Garcia is the president of the Florida Olive Council.